The Future of Social Media & The Rise of Online Communities

An exploration into what 2021 has in store for the virtual realm.

People are fleeing town square and flooding the local pubs in search of better conversation.

However, recent events riddled with public and political outrage have forced these platforms to accept more responsibility for what transpires on their watch.

This has subsequently led to the purging of thousands of accounts leaving many on the hunt for better alternatives out of both frustration and fear.

It seems that the digital products that shaped our internet age are now edging toward the end of their lifecycles causing many to question what our collective online future looks like.

Only time will unveil what's in store for 2021 and the future of social media—but in the meantime—we've comprised our own list of predictions.

Over the past several years, Snapchat has dominated the social media marketplace among American teens with TikTok and Instagram trailing behind by five to ten percent. So what makes these platforms so popular among the younger generation? Video. It should come as no surprise that video and visual content is generation Z's preferred method of consumption. They were raised in the era of Netflix, Hulu, YouTube, and are now the in the grips of fully-remote online learning. What we'll eventually see in the next couple of years is a vast decrease in written content such as blogs, newsletters, and even books. Most of the written material will be translated into easy to consume video clips and info-graphics. It's safe to say that video and visuals are the future of content.

People are tired of politics. 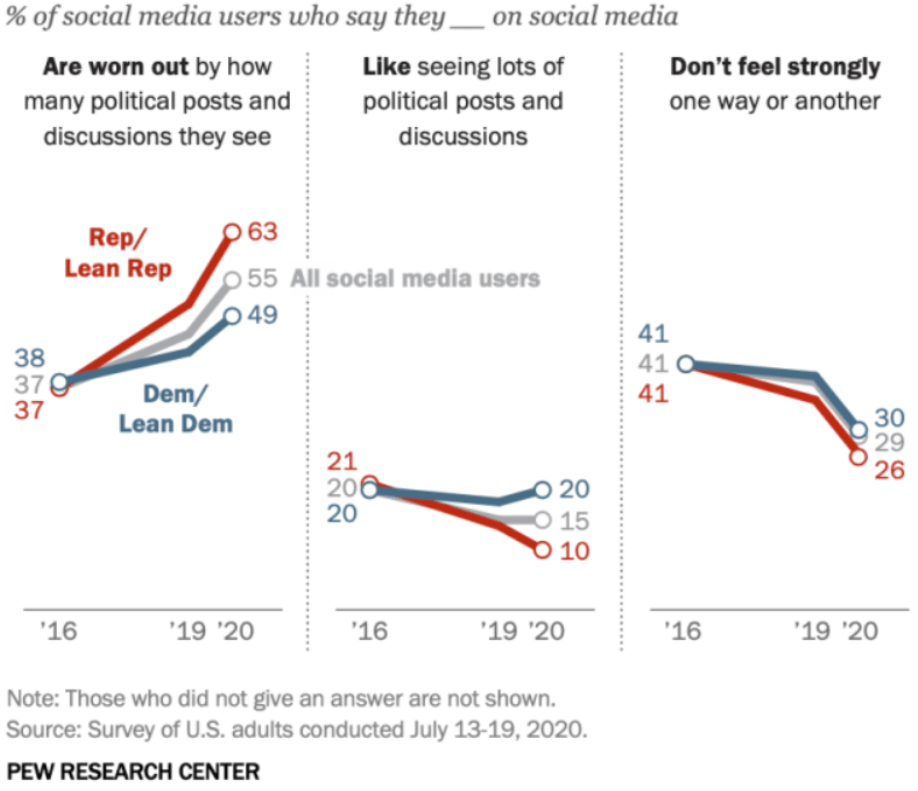 New platforms are on the way. 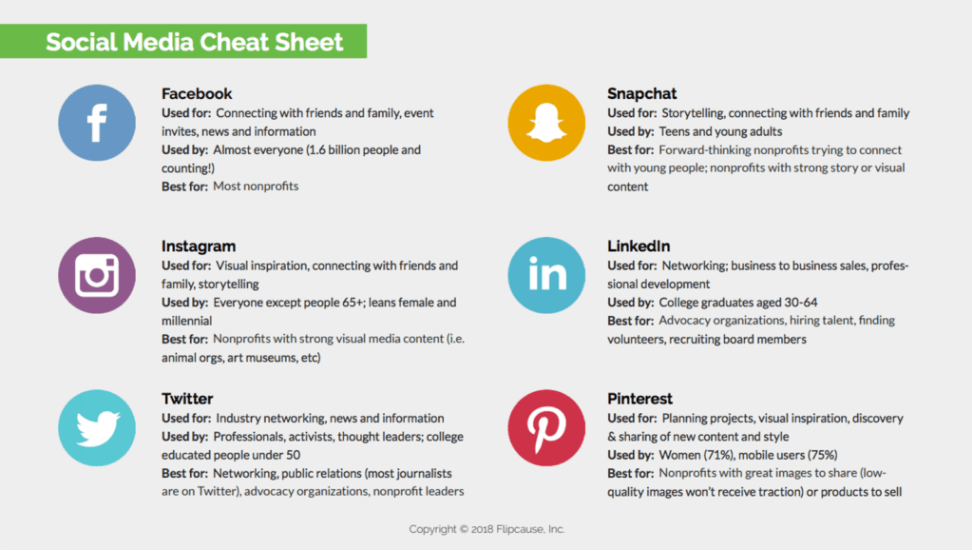 Every social media serves a purpose for its users. But what happens when that provided service is overrun by content that the core users aren't interested in? They find other alternatives that meet their expectations. Naval Ravikant, an angel investor and modern philosopher, predicts that the de-platforming of Donald Trump has accelerated the decentralizing of social media by 3-5 years. With the help of online communities, this prediction seems totally within reason. Niche factions of Twitter like #techtwitter and #vctwitter have been filtering their feeds for years in order to only see information relevant to them. Many of these entrepreneurs and tech-enthusiasts are bound to create a new platform that strictly discusses things like business ideas and mental frameworks. Soon they will finally have a quiet abode away from all the noisy politics where the sparks of ideas and innovations can be flamed into fires.

Big Brother will step in. 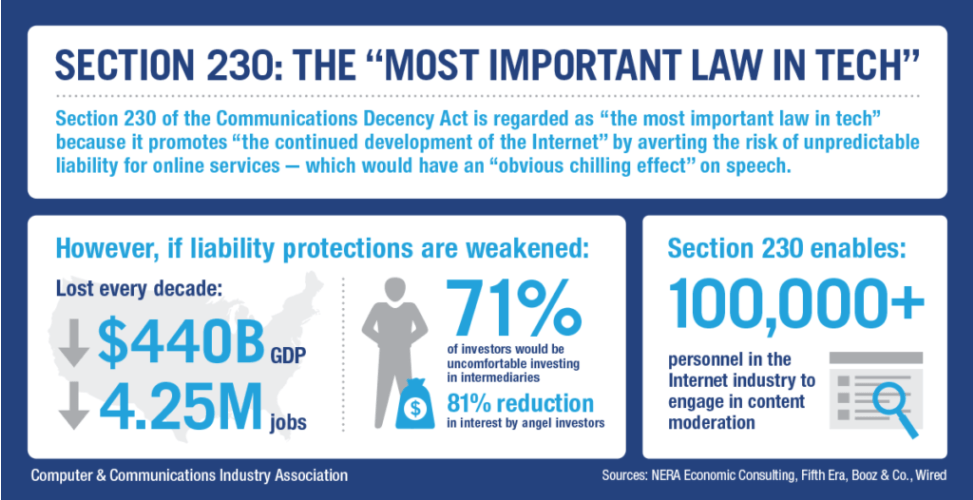 According to Eric Weinstein, a capitol investor and Harvard physicist, "in our internet age, the freedom of speech that truly matters is all digital. The US has no Public ISP, nor Public Speech Platform equivalent of Twitter, Google, Facebook etc.." If we accept the basis of his claim as true, then it would make sense for government intervention when it comes to protecting the first amendment online. For this reason alone, many lawmakers and politicians are steadily pushing for the revocation of section 230. If this happens, the government instead of social media companies will be responsible for moderating all online interactions within the public sphere. Although there are obvious upsides and downsides to a measure of this sort, many are rightfully apprehensive about allowing this type of government involvement. 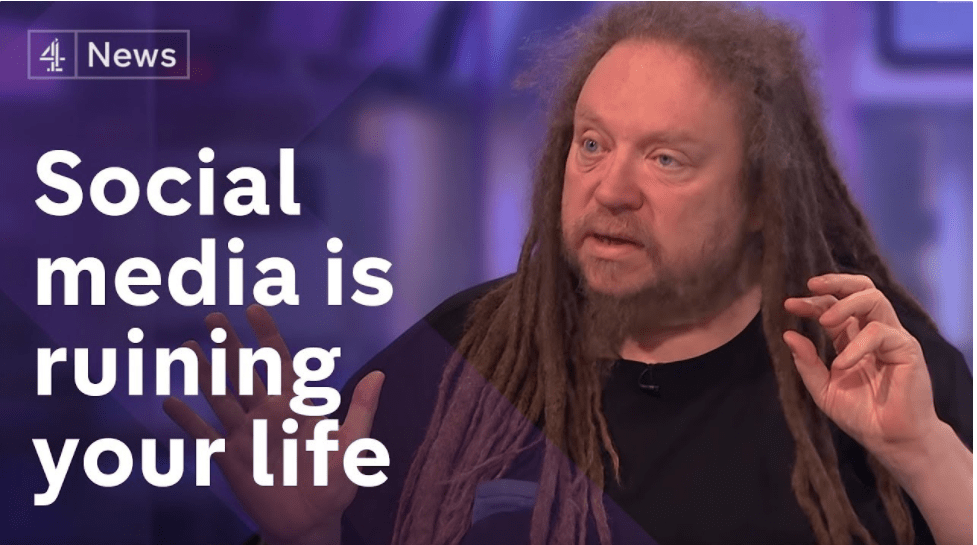 The Social Dilemma, a hit Netflix documentary released in late 2020, effectively alerted the public of the downsides of social media stemming from its manipulative algorithms. Nobody really thought staring at a screen for hours on end was healthy, but now here we are in 2021 and there are more people on social media than ever before—nearly 30.1 billion to be precise. Jaron Lanier, one of the individuals interviewed in the documentary, is a strong advocate for the anti-social media movement. Like many others, he's been made aware of the negative side effects associated with endless scrolling and has decided to take a stand against it. As politics and differing worldviews continue to plague popular platforms, many will hover over that delete account button and encourage their friends and family to do the same. This counter sub-culture will look similar to the straight edge movement that emerged amid the early-1980's hardcore punk scene. After all, complete abstinence is always easier than perfect moderation. 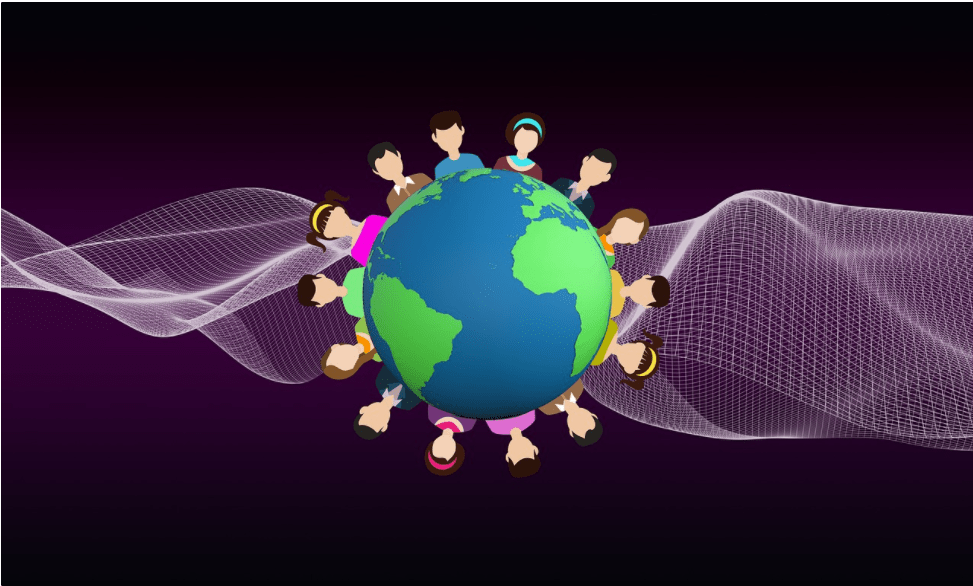 Entrepreneurs are now more connected with other entrepreneurs than ever before thanks to the internet. This means that smart, driven, and like-minded individuals can now build digital products together no matter what side of the planet they're on. Over the past several years, businesses of all types have been investing in their communities with a recent statistic suggesting that 33% of organizations have 10,000 people or more within their online communities. Many tech elites in the twitter sphere have been sharing links to their private communities for two reasons: 1.) to ensure that they can still reach their audience if Twitter suspends their account and 2.) to cultivate a group of committed users who will engage with their products and content. As this trend continues to grow—smaller and more focused communities will emerge with the shared goal of building something together. We expect private communities to become the new gateway into working with the people you want to work with on the things you want to work on.

Subscription-based models will skyrocket in popularity. 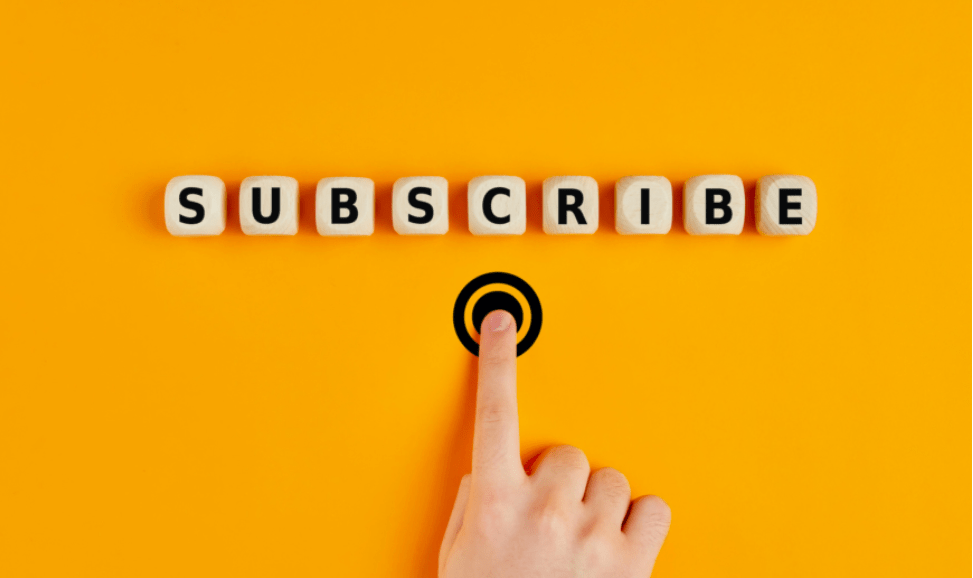 Trends.com has perfected the community subscription model. For a few hundred bucks a year, subscribers gain access to a wide variety of emerging trends as well as a long list of other like-minded individuals. As more entrepreneurs become disenfranchised with the chaotic scene of social media, they'll become more willing to spend their money on better alternatives. These alternatives will likely take the shape of curated communities that offer specific types of information and discourse. We're predicting that many more subscription-based communities will surface in the near future that advertise to a select few instead of the general market. In other words, the giant horizontal platforms targeting everybody but tailored to nobody will increasingly be unbundled into vertical platforms that aim for a highly-specific niche.

Sell your data to the highest bidder. 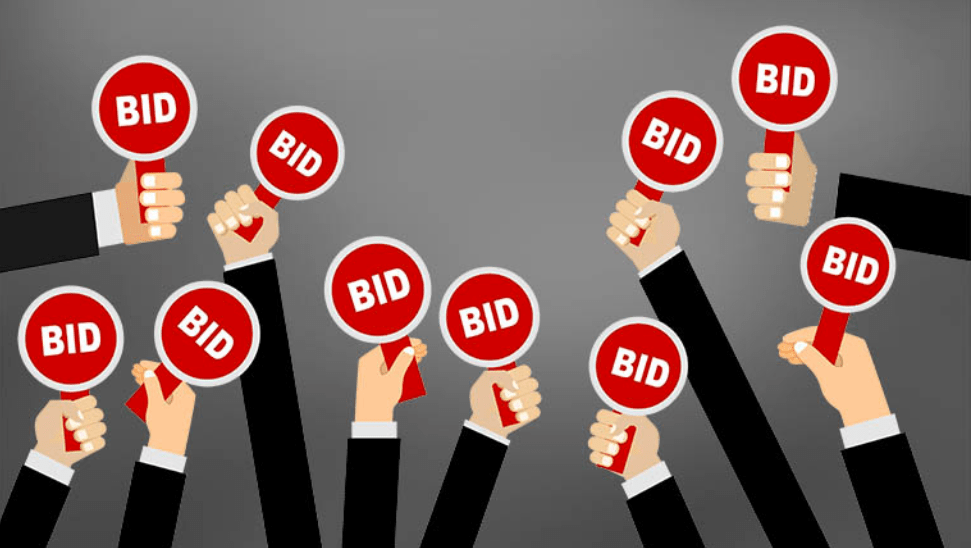 While there's not much overwhelming evidence to support this claim, we believe selling your data to marketing agencies and private communities will become a solidified trend in the near future. With so many social media platforms consistently stealing your data with unethical consent, there will be many startups and new digital businesses that offer to purchase it instead. Selling to the highest bidder will become a route taken by many in order to conveniently pocket a few bucks by submitting their personal data into digital auctions.

As private communities continue to soar in popularity, so will their restrictions. Only individuals who meet certain criteria and are committed to following the community's guidelines will be allowed to join. This however comes as no surprise. As the established platforms take on more responsibility regarding what they do and don't allow within their sites, so will communities. These restrictions will provide a way for startups to be selective with their early adopters and test groups in order to acquire the relevant data they are after. Extensive background checks will take place before users are allowed into communities as a way to ensure the safety, health, and longevity of the group.

Welcome to our virtual ideation session. 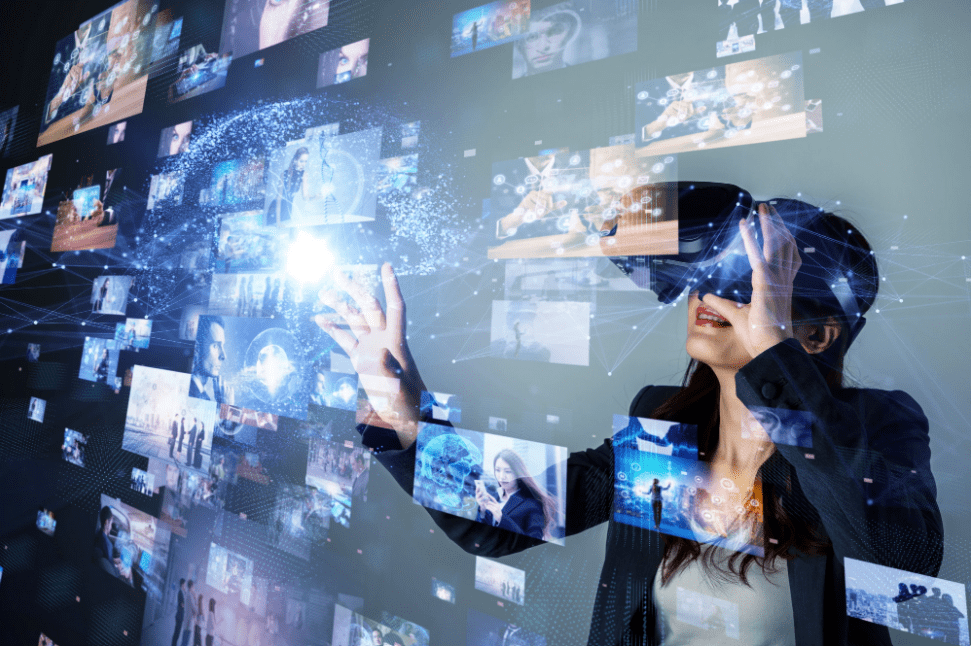 According to a study published by Grand View Research in 2020, the global VR sector is expected to grow at an average of 21.6 percent a year. In the U.S. alone, 57.4 million Americans will be using VR in 2021. When looking at the data, it seems all within reason to conclude that high-quality VR meetings and ideation sessions are on the way. Spatial.io is one of the many innovators pathing the way toward fully remote virtual meetings. Their software offers teams a way to ideate in real time through virtual whiteboards and realistic 3D avatars. We believe current and future startups will utilize VR to build impressive digital products remotely. This exciting new technology is destined to change the fabric of innovation as collaborating virtually becomes more effective than in-person workshops.

Only time will tell if these predictions turn out to be correct.

We can say with the upmost confidence however that we are in fact living through interesting times.

At Sprinter, we are committed to changing people's lives for the better through harnessing the power of modern technology.

If you love tech, travel, remote work and any and everything in between, you may a perfect fit for our newsletter.

Sign-up today and see for yourself how we're building software that amplifies positivity.

This is how we help ordinary people lead extraordinary lives.